My scholarship is widely recognized in my field. I’ve published two books as well as numerous journal articles and book chapters. Most recently, “Ideality and Intersubjectivity: Dialectics and Analectics in a Philosophy of Liberation” appeared in Decolonizing Ethics: The Critical Theory of Enrique Dussel, edited by Amy Allen and Eduardo Mendieta, Penn State University Press, 2021.

This is a significant contribution to Latin American philosophy. It gathers in one volume internationally well-known figures in Latin American philosophy and criticism. Leopoldo Zea, Ofelia Schutte, Walter Mignolo, Raúl Fornet, Jorge Gracia, Eduardo Mendieta, and Debra Castillo, among others, wrote original essays for this volume. I conceived and carried out this project in order to bring to an English-reading public important reflections on globalization from the perspective of significant Latin American intellectuals. Contemporary conditions of inequality, new critiques and constructions of identity, as well as projects of liberation in light of the conditions produced by “globalized” capitalism were the principal topics treated in this text. This work was blind refereed. Rowman & Littlefield has a 15% acceptance rate (see folder titled “Publications B”).

The Identity of Liberation in Latin American Thought: Latin American Historicism and the Phenomenology of Leopoldo Zea, Lanham: Lexington Books, 1999

Through a close examination of philosopher Leopoldo Zea’s historicist phenomenology, I offer fresh insights into the role of Mexican intellectuals in the creation of a Latin American “philosophy of liberation.” Specifically, I analyze Zea’s thought to show how it used the nationalistic and mestizo theory and practice of the Mexican Revolution to, in the words of the Cuban literary critic González Echeverría, “recover the colonial [and, I would add, post-independence] archive.” Lexington Books has an acceptance rate of 25% of unsolicited submissions (see folder titled “publications B”). This work was “blind refereed.” 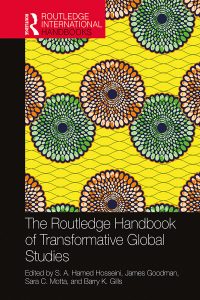 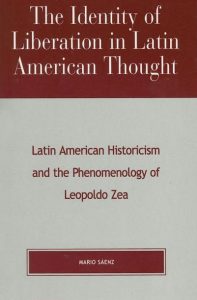